Taste the rainbow this Pride at Randall and Aubin

Hayley Palmer – Finding A Way To Do My Dream Job

Looking back I can remember sitting behind my office desk, wondering how I would ever find a way to do my dream job.

Feeling frustrated being in an office job was so far from what I wanted to do.

Whilst behind my desk, I googled ways to break into the entertainment industry, it all seemed virtually impossible.

I came across a work placement opportunity at ITV Studios online, my first initial thought was, should I have followed this path when I left college. However, something inside of me said that I should go for it! – I couldn’t believe my luck when I got accepted to come and work on a new ITV2 Show ‘Dress to Impress’. 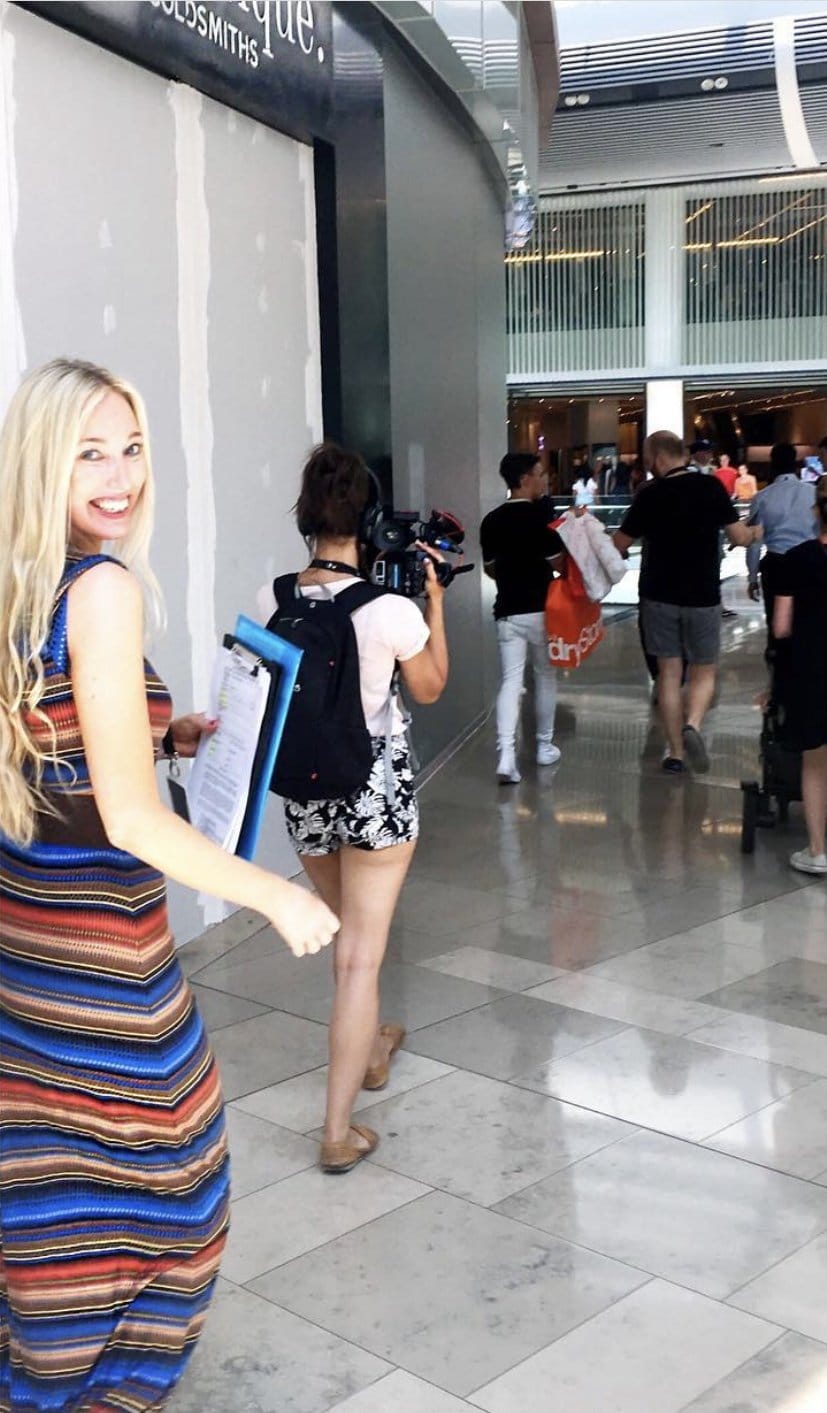 Whilst at ITV, I got to work and watch on the sidelines on This Morning with Phillip Schofield and Holly Willoughby and Loose Women. I made some wonderful friends for life at ITV and ended up working as a runner on Dress to Impress. I loved the buzz of the entertainment industry, and I knew that this was exactly where I wanted to be.

I’ve learnt in the Industry to never ever give up hope. I had put all of my efforts into writing to every TV company I could think of. Eventually heard back from Keep it Country TV (Now Spotlight TV). I was called in for an interview and then waited and waited and waited, but hadn’t heard back, Then 6 months later, almost out of the blue, I was offered the chance to host an 80’s Show, this was right up my street.

I can remember going to the studio to film for the first time and found it completely overwhelming, I had no training and was lucky to have a very understanding cameraman. Over the weeks I would grow in confidence whilst filming the weekly show in the studio and grew to love it, this was my perfect job.

Having settled into the role, it was time to expand the show to include invited guests from the ’80s into the studio. I had to pinch myself at times, dancing to System Addict with Stedman from Five Star and singing ‘You’re my favourite waste of time’ with Owen Paul were particular highlights.

At the end of 2019, I had decided to produce a second entertainment show and started to set up interviews and event coverage. I had interviewed the director of the Movie Misbehaviour, Philippa Lowthorpe and was arranging other interviews but in the background, the news of a virus spreading through Europe looked ominous. Then on March 12th, I was about to cover the premiere of Disney’s Mulan in London’s Leicester Square but just before the press were asked to assemble, the event was called off. The writing was on the wall.

Lockdown was announced several days later and I could no longer film at Spotlights Studio but the show has to go on. Previously I had been lucky as when at Spotlights studio I had everything done for me, all I had to do was ‘present’.

I realised I needed to change my game plan, and it was time to get technical!

So what do I do next? Over the next few days, there were hours of phone calls with my exec producer Simon and we came up with a master plan.

I turned my dining room into a green screen set, I roped my lovely Dad into being the cameraman and we invested in lights, a decent camera, mixing desk, new Apple Mac, reflector and microphone. We both had to learn a lot, all thanks to Simon my Exec Producer of the show (who was very patient!) Since we started, I think I’ve seen every eventuality happen and had to invent a new way of filming on a virtual set with guests being interviewed via Skype. I never lost hope, I kept pushing through each time, trying to make the best programme I could.

Six Weeks into lockdown I decided that I should produce a second show, well why not, we were all still stuck at home. Phil my boss at Spotlight gave me the time slot and At Home With Hayley was born, a midweek chatshow that has now been running since May. I’ve been fortunate to have some amazing guests on the show. I think my favourite experience has to be filming with Lady Colin Campbell at her ‘Castle Goring’ in Worthing, West Sussex when the COVID restrictions were eased during the summer.

That was then, this is now was a dream come true. Whilst filming for my 80’s Show, I got the chance to interview Mike Stock from Stock, Aitken and Waterman. I had grown up listening to all their songs from Jason Donovan, Kylie Minogue, Rick Astley to Sonia so I was really looking forward to recording that show. We discussed how great it would be to bring back a new version of Top Of The Pops, which led to a meeting, and before you knew it the wheels were in motion. A new show was born.

I can remember arriving on set the first day and having to pinch myself, it was such an honour to be working with Mike and his team. Introducing and interviewing acts alongside my co-presenter broadcaster Mike Read was just fantastic. The line of guests was amazing including Paul Young, Chesney Hawkes, Sonia, The Fizz, Johnny Hates Jazz, Kim, Marty and Roxy Wilde, Toyah, Right Said Fred, Limahl (Kajagoogoo) Leee John (Lead singer of Imagination) Steve Harley and The Vapors. The audience reaction was heartwarming. People wrote how the show had brought them happiness, bringing back a lot of wonderful memories during a lockdown.

I believe you can do anything if you put your mind to it!

It’s true – a lot of hard work goes on behind the scenes. Sometimes it’s not as glamorous as it looks – Technical faults can happen, guests may need to reschedule, hours of research takes place before an interview, but it’s always worthwhile.

You can never rest on your laurels and so I make a set of daily, weekly and monthly goals. I think it’s important to keep pushing forward to achieve your dreams especially on the days when you don’t feel like it. They’re the days that really count. I’ve changed my morning routine to work on my mindset where I practice meditation, visualisation of goals, affirmations and listen to positive YouTube videos so I’m ready for the day.

I believe success is in your progress and if you’re progressing and moving in the right direction then you’re halfway there.

I have most certainly learnt that it’s never ever too late to chase your dreams.

Catch Hayley’s weekly shows ‘At Home with Hayley’ 7pm Wednesdays, and ‘Memory Lane 80’s’ Saturdays 9pm on SKY TV 365, FREESAT 516, FREEVIEW PLAY 264. For more on That Was Then, This Is Now search www.thisisnow.tv