TV dancing sensation and international champion Johannes Radebe is thrilled to be presenting his first UK Tour, Johannes Radebe: Freedom, which comes to The Manchester Opera House on the 6th April 2022.

Johannes Radebe: Freedom is a celebration of music and dance, from African fusion to fiery Latin, classic dance arrangements and huge party anthems, with a company of exciting dancers.

Johannes will take the audience on his personal journey, from growing up in South Africa, to travelling the world, winning titles and starring in Strictly Come Dancing. 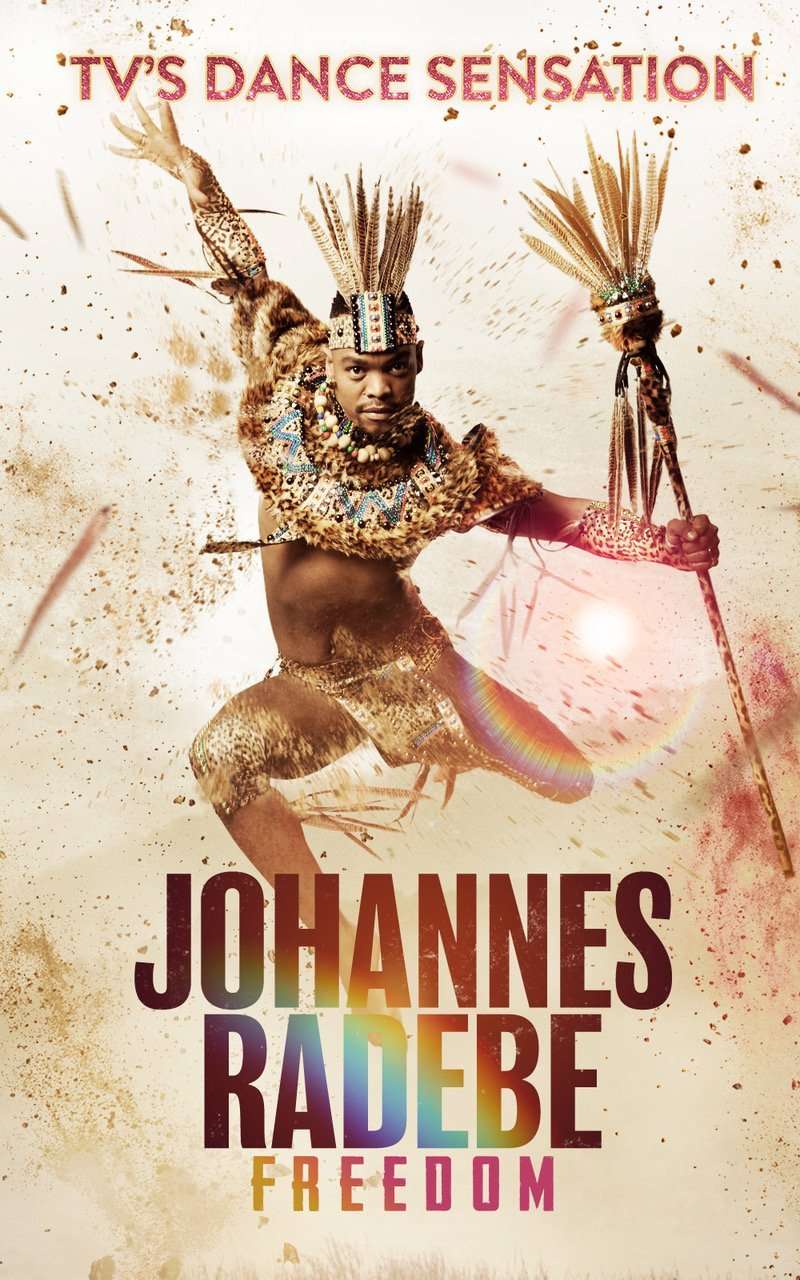 Born in the township Zamdela Sasolburg, South Africa, Johannes Radebe started dancing when he was seven.  He was fascinated by the discipline and the glamour of Ballroom and Latin.  Over the next 13 years, Johannes competed in local competitions, climbing up the Latin ranks with top honours, and eventually adding Ballroom and other dance styles, such as African Contemporary and Jazz. He became a finalist at national dance competitions and received an invitation to compete internationally in St Petersburg, Russia.

At the age of 21, Johannes left South Africa to work on the internationally renowned Italian cruise liner Costa.  Persistence and experience saw this young, vibrant South African given more responsibilities including choreographing, teaching new dancers, and then eventually being promoted to Dance Captain.  In 2018, he was invited to join the debut season of the international hit show, Dancing With The Stars, in South Africa.

Johannes toured the world in the international dance show Burn The Floor before being headhunted by Strictly Come Dancing.  He moved to the UK to dance on the flagship BBC show.  In his second series, he was partnered with Catherine Tyldesley and danced the first same-sex routine with fellow Strictly star Graziano Di Prima.  In 2020, he danced with Caroline Quentin and reached week seven in a shorter BAFTA-nominated season. He will return to the ballroom for his fourth series in September.

The UK Tour of Johannes Radebe: Freedom is presented by ROYO.

Watch TV Presenter Hayley Palmer Interview ‘OMD’, and A Queen of the Soaps

ABOUT US
Revive Magazine is a curious, honest and playful independent publication. It’s a place to read stories and look at life in a different, inspirational and unique way – where our readers are sometimes our writers, music fanatics, fashion creatives, foodie lovers and photographic displays of creativity and more. Exciting reads that engage the audience, where they read the magazine from cover to cover and struggle to put it down.
Contact us: hello@revivemagazine.co
FOLLOW US
© Copyright 2019 - Revive Magazine UK and is owned by Arctic Fox Studio Ltd
This website uses cookies to improve your experience. This website contains affiliate links and which we could be compensated for if you make a purchase after clicking any of the links."We'll assume you're ok with this, but you can opt-out if you wish. Cookie settingsACCEPT
Privacy & Cookies Policy